Transformation by the Renewing of the Mind

Too many reviews lately. Time for some meat. And, at the risk of generalising from my own experience, here it is... 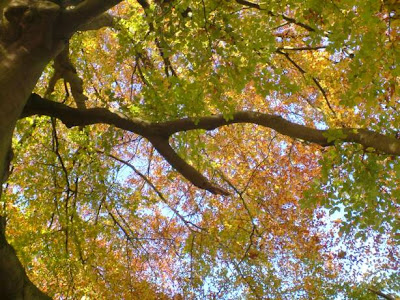 For Paul, the normal way of seeing transformation in people's lives and the way that they act is by the renewal of their minds. That is part of the reason he so often spends the first half of his letters doing what can seem like dry theology - because he knew that simply telling people to do something doesn't make much difference. People need to be motivated to change, and that motivation often seems to come from having their mind changed first, so that they hear a dissonance between the way that they live and the way that they know it is better to live. Our actions flow from our thoughts, so transformation starts with the renewing of the mind.

I usually act in what I perceive to be my own best interests. Pretty much everyone does. So for me, when I do not do what I want to do, it is because I am in two minds about something. There is part of me that thinks that work is good; there is part of me that isn't actually convinced there's any point to it, so I don't do it. And that's part of the normal human experience, at least for the Christian - the sinful nature and the Spirit want different things, and both are in us. And part of that battle is the battle for the mind. It is teaching my mind to follow the Spirit, not the sinful nature, and doing so by meditating on the underlying truths.

In context, the example Paul is using is the idea of pride. Paul's letter so far has essentially been about how God has saved us by his grace, through faith, in Christ. And his first application in 12v3 is the consequence that we should not think of ourselves more highly than we ought to. If we want to deal with pride, we should spend time thinking about God's salvation by grace and praying through God's salvation by grace.

The same is true, only even more so, where we sin persistently and seemingly unavoidably in one area. When I do that, it is usually because the whole way that I think in that area is determined more by the world and the sinful nature than by God, his Word and his Spirit. And what we need to do in those situations is to identify the topic, to work round it in our own mind, rather as a gardener might do with the root of some horrible weed, and then pull it out, or cut it out, and replace it with how God views the topic.

The world's view is often that money makes people happier or is a good in itself. God's is that money passes away - just look at how often money and death are paired in the Gospels - and that while money can be useful, especially if given away, loving it is a root of all kinds of evil.

The world's view is often that sex is good and enjoyable and should be had as often as possible. God's view is that sex is a wonderful gift, and is a beautiful thing to be celebrated when it happens inside marriage, but outside is horrible and disgraceful. In my experience, Christians often tend to try to take the world's view, then bolt on the idea that sex outside marriage is wrong, which leads to an internally contradictory view and all kinds of tensions and problems.