I wrote some background to this post here. Lots of bits of Greek philosophy have got picked up by Christians over the years, and it takes a long time to get rid of them. One of the bits which is still hanging on in there is the idea that if we're doing something because we enjoy it, then it can't be good.

So, for example, some people think that it's wrong to follow Jesus with the aim of going to heaven. 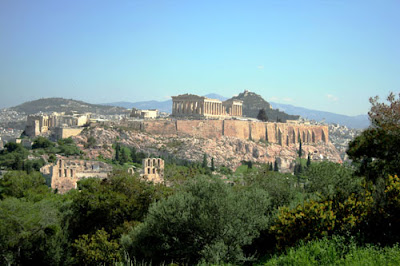 Compare that with the Biblical attitude:

By faith Moses, when he had grown up, refused to be known as the son of Pharaoh's daughter. He chose to be mistreated along with the people of God rather than to enjoy the pleasures of sin for a short time. He regarded disgrace for the sake of Christ as of greater value than the treasures of Egypt, because he was looking ahead to his reward.
Hebrews 11:24-26, NIV

The key to doing what is right isn't acting against our own interests - it's acting by faith. Faith is recognising that it is more in our interests to follow Jesus than not to. 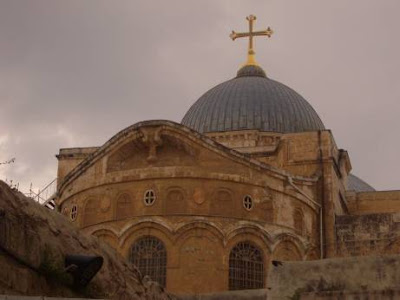 Then he called the crowd to him along with his disciples and said: "If anyone would come after me, he must deny himself and take up his cross and follow me. For whoever wants to save his life will lose it, but whoever loses his life for me and for the gospel will save it. What good is it for a man to gain the whole world, yet forfeit his soul?
Mark 8:34-36, NIV

A major motivation the Bible gives for being a Christian is consistently self-interest. But it is a self interest that has faith, and sees that the only way to save our lives is to lose them, and that it does us no good to gain the world yet forfeit our souls.

And I know this is very Piper-esque, but that's because he's right on this.

Here are my slightly rambling and random thoughts... probably not very well thought-through, but it's my initial reaction.

Is that quote from Mark seems to me to say the exact opposite to what you are arguing. Jesus is saying, do not act in selfish self-interest, but instead be humble, and give yourself to me, and instead of losing your life you will find it. The motivation here is precisely NOT saving your life, it is losing it for Jesus' sake and for the gospel's.

I think that the motivation the Bible gives is primarily a loving response to what God has done. It is a response to the truth. And actually, if you're being a good Calvinist, you'll say that the 'motivation' for being a Christian is unconditional election and irresistible grace. You will find far more verses talking about acting in response to something God has done.

Now, I am currently writing about Christian identity having a foundation (past), pattern (present) and promise (future) in God. The point is never my own benefit, but God's glory and service - the benefit is a happy side-effect.

It is perhaps a pedantic point, but I think the distinction is important.

I am not a Christian because of self-interest. I am a Christian because I believe God has called and chosen me - and I cannot resist. That is the motivation I think the Bible presents us with. Otherwise we end up with a faith that is literally 'pie-in-the-sky-when-you-die'.

I agree with Custard and John Piper on this. It seems to me that the Bible teaches that the most moral action is not one done in a disinterested way, but one done gladly (for example, God loves a cheerful giver). The greatest commandment is to love God heart and mind and soul, and to love your neighbour as yourself. It's a strange sort of love that doesn't find any pleasure in the beloved. Full faithfulness comes from engaging the intellect, will and emotions; knowing the truth, doing the truth, and delighting in the truth and in doing the truth.

I heard it suggested that one of the big differences between Buddhism and Christianity is that in Buddhism, becoming moral is about removing any attachments, whereas in Christianity, it is all about the right ordering of our attachments. The struggle to be moral is not a struggle to deny ourselves happiness, but to find it in the right place.

We need to stop seeking out pleasure in ourselves, yes, so there is self-denial involved. But we don't do this to deny ourselves happiness, but to find our happiness in the right place: the glory and pleasure of God.

BCG, you say "The point is never my own benefit, but God's glory and service - the benefit is a happy side-effect." I'd agree with that in a sense, but I don't think that there's any ultimate conflict between God's glory and my happiness. Because I am a sinner, may wrongly find my happiness in something other than God (idolatry), and so in the present I may perhaps find greater happiness in disobedience. But any idol cannot satisfy, and brings God's judgement, and so ultimately sin is always against my best interest. On the other hand, obedience to God and his purposes offers true fulfilment, even if as a sinner, I don't always delight in following God in the way that I should. Since knowing God is the greatest possible good, seeking God's glory and service is always in my best interest.

bcg - I know you've studied more theology than me and stuff, but I think you're missing something here.

In the Mark quote, if things are as you say, why does Jesus mention finding life by losing it? Why doesn't he just say "lose your lives for me"?

How does the not being able to resist (which I agree with on a macrotheological level) work out on a psychological level?

I agree with most of that.

I'm not saying that there is a conflict between God's glory and my happiness, but simply that I do things FIRST for God's glory, and SECOND, for my benefit.

So we never act in a 'disinterested' way - however, self-interest should never me our primary motive; it is a fundamental, but secondary, part of Christian life.

If you're saying it's a fundamental motivation, then there doesn't seem to be much of an argument here, especially if I change "the motivation" to "a major motivation" above... (which I've done)

Whether it's the only one - I think that's a more contentious bit of Piper's theology, which I need to think through more.

I would agree with that - it is a motivation 'within' the primary motivation of response and worship that the Bible presents us with. I think this has a lot to do with the Reformation's 'sola deo gloria'.

In that sense, and in that sense only, it is fundamental, as part of the primary motivation.

I think there's a lot to be said for liturgy here:

Let us give thanks to the Lord our God
For it is right to give him thanks and praise
Not only is it right, it is our duty and our joy....

1) The idea of disinterested good is wrong.
2) The idea that our primary motivation should be our own joy is something that could be discussed at a lot more length (but which wasn't my point and which discussion would not greatly contribute to my own joy at the moment).

I agree with the liturgy - that is one of the best lines in Anglican liturgy, 'It is indeed right, it is our duty and our joy at all times and in all places to praise you Father, Lord of all creation.'

I am a theological pedant - so I'll leave it here. I hope that makes you happier Mr Custard..!

Why, then, does Jesus appeal to our self-interest? Answer: because we are too sinful to be motivated by anything else. Jonathan Edwards is good on this.

No - on that schema the reason that unbelievers would be punished would be for failing to trust God and so failing to recognise what was in their own best interest.

I agree that `unbelievers would be [in the first instance] punished for failing to trust God', but the question is: why should they trust God -- what is the main reason on account of which they should trust God? It cannot be that it is in their own best interest, for then they would be being punished ultimately for failing to act in their own best interest, and that's not right.

My point is this: Jesus knows that self-interest is the only thing that will motivate the unregenerate. But that doesn't mean that it's morally good for us to act on that motivation. The whole point is that we aren't capable of anything morally good before conversion, though we are capable of acting on our own self-interest. The good angels aren't motivated from self interest; they are motivated for the main proper reason, viz. the glory of God.