Either Valjean or Javert!

As people who know me well know, one of my all-time favourite stories is Les Miserables. 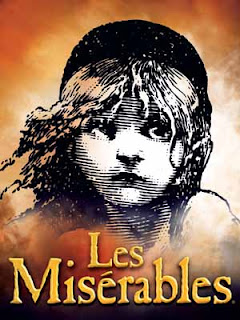 One of the many great elements about it is the relationship between Jean Valjean and Javert, which explores the tension between law and grace.

Javert is an implacable policeman, who knows Valjean from prison before the story starts. Valjean is a paroled hardened convict, who is transformed by an encounter with grace in probably the most famous scene in the book, which I might discuss some other time. Javert finds out that Valjean has broken his parole, and vows to hunt him down.

A large part of the book is Valjean hiding from Javert, escaping from Javert, handing himself in to Javert, and so on. Eventually, they find themselves on the same side of a barricade in the Revolution of 1830. Javert is an undercover agent working against the rebels; Valjean is trying to save the life of one of them.

Javert's identity is discovered, and Valjean volunteers for the job of executing him, but then lets him escape. Javert goes away, his whole system of values destroyed by the fact he owes his life to a convicted criminal. There is no place in his mind for grace or change. So when he again captures Valjean, he does not know what to do. Either he frees the man to whom he owes his life, making himself into a criminal, or he hands him over to the galleys, which makes him incredibly ungrateful.

Javert sees no option for himself but suicide - grace not just triumphing over law, but destroying it utterly.

I'm not sure I understand. How does grace triumph over law if it leads to suicide? Surely in that case it is law which triumphs over grace?

In my understanding, grace implies transformation, and law does not. On your summary of the plot, Javert does not change and cannot bear to change, so kills himself.

Because Javert is functioning as a personification of the law rather than as a complex human who is under the influence of both.

This relationship is one of the bits the musical gets almost spot on with lines like
I am the law, and the law is not mocked // There is nothing on earth that we share // It is either Valjean, or Javert!

Worth adding that Valjean is a man undergoing an ongoing transformation through the book (described by the musical as "this never-ending road to Calvary") as the result of a single costly act of grace. Ultimately, it's that transformation which Javert (who as the law represents Valjean's just but unfair condemnation) can't cope with.