Romans 7:14-25 is one of the more controversial passages in the New Testament. Lots of scholars have suggested lots of different interpretations of it, mainly because they find it difficult to see how Paul's emphasis on struggle in the passage fits with what he says in the verses around it. 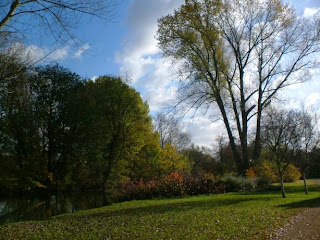 People seize on verse 14, for example, and say that Paul's describes himself as being sold as a slave to sin, so conclude that he can't really be talking about himself; he must be using “I” to talk about Jews under the law, or something like that. On the other hand, some people read verse 22, and see that Paul says he delights in God's law in his inner being, which is a very Christian thing to say, so conclude that Paul must be talking about himself in this passage.

Lots of people seem to take the approach “my explanation fits this bit, so it's right”. Actually, that's a silly way to look at it. A much better way to try to understand a passage is to say “if my explanation doesn't explain the whole passage, it's wrong”.

If we are going to say who this passage is about, we need something that fits both v14 and v22, and explains why Paul uses the word “I” to describe them.

The obvious answer, of course, is that Paul is talking about himself. Roman Christians wouldn't have read this letter and thought “ah yes, Paul is using 'I' to describe the archetypal Jew living under the law but with an awakened awareness of the gospel”. They'd have thought “yeah, that's what it's like for me too sometimes”.

And it's clear from elsewhere in Paul's writing that he does see the Christian life as a struggle between the flesh and the sinful nature. Perhaps the clearest other place is Galatians 5:17. That also explains the “I”.

So how does that fit with being a slave to sin? Verse 25 is very helpful:

Paul is talking about himself, specifically himself and his sinful nature (“flesh” in the ESV). So in verse 18 he can say

I know that nothing good dwells in me, that is, in my flesh.
Romans 7:18, ESV

In other words, sin is beaten in the Christian, but it is still there. It is neither dominant nor absent.

Part 2 - Living with Sin, but not in Sin

Is it possible that his reference to "I" here is a combination of the two sides you mention? Could it be that he is talking about himself as he tried to live for God under the Law and also anyone (the Jews) who would still try to do the right thing without the power of Jesus living in them? Verse 25 shows that the power is in Jesus Christ.

Paul's ministry often compared life under the Law to life in Christ. I see it as him using his testimony as one under the Law to declare that he was completely incapable of doing the right thing when he tried apart from Jesus.

Andy - that's certainly one of the standard views. But for my part, I think this passage fits too well with the Christian experience for that interpretation to work, and it also ignores the force of the parallel with Galatians 5:17, which is clearly talking about the Christian.