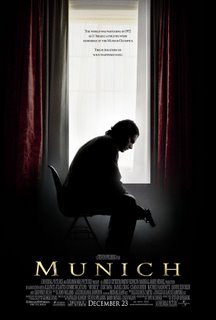 Here's a link to the movie reviews at Christianity Today. The series on "film and theology" from Mars Hill Church, Seattle is also excellent (and thanks to Ben for pointing that out). It's in Downloads | Classes | Film and Theology.

The critical question for our generation--and for every generation--is this: If you could have heaven, with no sickness, and with all the friends you ever had on earth, and all the food you ever liked, and all the leisure activities you ever enjoyed, and all the natural beauties you ever say, all the physical pleasures you ever tasted, and no human conflict or any natural disasters, could you be satisfied with heaven, if Christ was not there?
John Piper, God is the Gospel 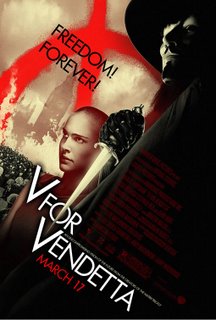 I guess one of the key concepts in society at the moment is the concept of power. This is especially true when we are thinking about communication. The people who do the communicating have power over those to whom they communicate. They manipulate the information to their own ends and so cannot ultimately be trusted.

As I understand it, that's just basic pop postmodernism. Yet it's amazing to me that, while it is widely understood (though not perhaps widely articulated) in society, people seem to be surprised at the consequences. For example, it explains very well the disillusionment with politicians. If everyone is communicating primarily to gain or exercise power over you, then you cannot trust their information. Politicians cannot be trusted, though there still seems to be a residual (and inconsistent and unjustified) level of trust for the media.

This mistrust applies also when we try to communicate the Christian message. In my experience, people are happy to think about or talk about Jesus, or what Christianity means to me, or anything like that. But they are not happy and rapidly get uncomfortable if the conversation turns to them and Jesus' claims to authority over them. The obvious reason for this is that it has suddenly become personal - the stakes have been raised and what is said now might have a moral cost to them as well. After all,

The light has come into the world, and people loved the darkness rather than the light because their deeds were evil. For everyone who does wicked things hates the light and does not come to the light, lest his deeds should be exposed.
John 3:19-20, ESV

I'd like to suggest there might be another reason as well, one which is an unhelpful obstacle we put in people's way. When we start speaking about Jesus' authority over other people, we are implicitly making a claim to power over them. All of a sudden, instead of being their friend, we have become a politician - someone who is communicating with the aim of gaining power, and so therefore we can no longer be trusted. We are doing just the same thing as the world does.

One of the many great things about the Bible is that this is already dealt with. We can see, for example, how Jesus used his great authority over people.

[Jesus], though he was in the form of God, did not count equality with God a thing to be grasped, but made himself nothing, taking the form of a servant, being born in the likeness of men. And being found in human form, he humbled himself by becoming obedient to the point of death, even death on a cross.
Philippians 2:6-8, ESV

Jesus used his authority and his power to make himself nothing. He did the exact opposite of what so many in the world do. He communicted with us by becoming nothing. Amazingly counter-cultural and amazingly attractive.

We see something similar in Paul's approach to speaking about Jesus:

For what we proclaim is not ourselves, but Jesus Christ as Lord, with ourselves as your servants [δουλους - slaves] for Jesus' sake.
2 Corinthians 4:5, ESV

Paul's approach seems to be still to make the claims of Jesus' authority, but to do so being very very clear that he himself is not gaining power in this claim, but that he is a servant, even a slave, of the people to whom he is speaking.

I hope and pray that I will be enabled, by God's mighty power, to do the same.

Thought I might as well keep tabs on the various people I seem to quote on here!

With the drawing of this Love and the voice of this Calling
We shall not cease from exploration
And the end of all our exploring
Will be to arrive where we started
And know the place for the first time.
TS Eliot, The Four Quartets