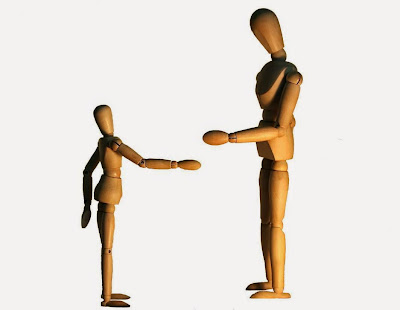 It's always slightly odd singing the song “Father God, I wonder”. In the chorus, there's a line with two different versions. It's either “Now I am your child, I am adopted in your family” or “Now I am your son, I am adopted in your family.” And there are some people who will always insist on singing “child”, and some people will always insist on singing “son”, regardless of what the hymn book / song sheet / screen says.

The arguments goes to an interesting issue in Bible translation, especially Romans 8:14-17 and Galatians 4:4-7. Here's Galatians in the 2011 NIV:

But when the set time had fully come, God sent his Son, born of a woman, born under the law, to redeem those under the law, that we might receive adoption to sonship. Because you are his sons, God sent the Spirit of his Son into our hearts, the Spirit who calls out, ‘Abba, Father.’ So you are no longer a slave, but God’s child; and since you are his child, God has made you also an heir.

The words “Son”, “sons”, “adoption to sonship” and “child” are all basically the same word – huios. Here's the same passage in the NASB:

But when the fullness of the time came, God sent forth His Son, born of a woman, born under the Law, so that He might redeem those who were under the Law, that we might receive the adoption as sons. Because you are sons, God has sent forth the Spirit of His Son into our hearts, crying, “Abba! Father!” Therefore you are no longer a slave, but a son; and if a son, then an heir through God.

Why does Paul say “sons”?

It's important to remember that these verses in Galatians 4 come just a few verses after Paul has made his famous declaration that there is no male or female in Christ Jesus, because we all clothe ourselves with Christ through faith.

Adoption as sons, not just as children, really matters. In the Roman world which Paul was writing to, daughters did not have proper inheritance rights, but sons did. To be a “son” was to be a “top status child”; to be a daughter was to have a lesser status. So for Paul to declare that all the Galatian Christians: male and female, black and white, Jew and Gentile, gay and straight, slave and free were sons was an incredibly egalitarian thing to say. He was using an illustration from his time, of Roman family law, and making a powerfully egalitarian statement from a powerfully non-egalitarian structure.

Why should we translate it as “children”?

But that's not the situation today. The situation today is that sons and daughters are equal, and inherit equally, but that there's a lingering suspicion of gender bias hanging around in society. In that culture, to insist that we're all sons is to suggest that being a daughter isn't good enough, which it wasn't in Roman culture, but it is with Jesus.

When we retell Bible stories into contexts where some elements are unfamiliar, we often change the details and idioms so that they fit better. I understand that where bread is not the staple food, the Lord's Prayer sometimes reads “Give us today our daily rice” for example.

This even happens with the people who wrote the Bible! For example, in Mark 2:4, a paralysed man is brought to Jesus by his friends, who dig through the roof. That makes perfect sense in the original context, where houses were made of mud and wood, and it makes sense in a story told by Peter or Mark, who grew up in that world. But when Luke, who was from a much more “developed” urban background, tells the story in Luke 5:19, the friends lower the man “through the tiles”. Those are the roofs that Luke and his readers are used to, so he accommodates the story to the readers, even though it's still set in a village in Galilee.

But when the right time came, God sent his Son, born of a woman, subject to the law. God sent him to buy freedom for us who were slaves to the law, so that he could adopt us as his very own children. And because we are his children, God has sent the Spirit of his Son into our hearts, prompting us to call out, “Abba, Father.” Now you are no longer a slave but God’s own child. And since you are his child, God has made you his heir.

The NIV goes for a weird middle route, but tries to explain it with a footnote:

The Greek word for adoption to sonship is a legal term referring to the full legal standing of an adopted male heir in Roman culture.

Back to the song

But when we're singing “Father God, I wonder”, we don't have that explanation. All we have is a song. And without the explanation, I think it makes far more sense to sing “child”.