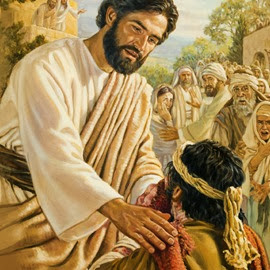 How Can We Know God?

There are four possible answers to that question.

Some people claim that great thinkers – Plato, Buddha, Confucius, Lao Tzu, Dawkins and so on can give us insight into God and what he is like. Some of what they say is right, some of what they say isn't, but as mere mortals we can never fully understand God, so whatever we say will always be incomplete. Because of this, the wiser followers of great thinkers are always open to add new ideas into what they already believe.

Others claim that we can know God because he has been revealed, often by angels, visions and so on to specific prophets – particular people in history like Moses, Mohammed or Joseph Smith. But when we look at what those prophets say, they agree on some important ideas like God being powerful, but disagree dramatically on others, like who God's chosen people are.

It therefore seems that the wisest course is agnosticism - the belief that we just can't know; we don't have enough information to make a good decision. That's pretty much David Mitchell's view...

But the apostle John tells us another way.

John makes the startling and incredible claim that he can speak about the ultimate reality – the one from the beginning, the one who is eternal life - because he has known him not as an abstract concept or a vision or a trance, but as a man he had seen and touched and eaten with and followed.

The incredible claim at the heart of Christianity is that the God who made everything became a man – Jesus Christ – so that we could know him. And it is attested to by eye witnesses – people like Matthew who knew Jesus, like John and Peter who were close friends with him, like Luke the Greek historian who researched carefully and even Jesus' mum Mary became convinced that he was god. Not just a god in some kind of trendy manifestation of the spiritual, but the one true God, uniquely become human.

How good do you have to be to convince your best friends and even your mum that you are God? Even when they've watched you die?

Brian couldn't do it in Monty Python's mostly magnificent satire, because his mum knew that he wasn't the Messiah; he was a very naughty boy.

The Roman Emperor Caligula couldn't do it, even though he tried to convince everyone he was a god. His own bodyguard assassinated him.

But Jesus convinced his friends and family that he really was God, so much so that they travelled around the world and were willing to give their own lives to say that he really is and that therefore we can know God as he reveals himself to us in Jesus.