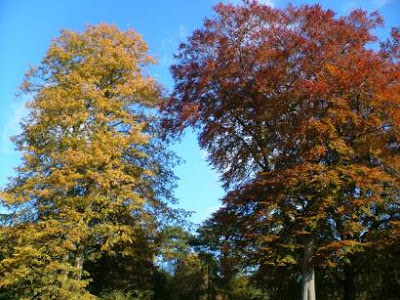 I was speaking at lunch today to the son of a foreign Anglican cleric, and he expressed the view that the majority of evangelical Anglicans were in his experience confessional Anglicans - they saw the 39 Articles as a confession of faith to which they subscribed.

Now I very much like the 39 Articles - they are great at repudiating the sorts of heresies that were common in England in the mid 16th century, which is what they were written for (though I disagree with one point in them - see below) and where Anglican polity conflicts with Roman Catholic or Methodist or Presbyterian or Baptist polity, I usually agree with the Anglicans. We also mentioned Roman Catholics, who often see it as a membership thing rather than a confessional thing - they are Catholics because they were brought up Catholics or were converted in a Catholic church and can remain part of the Catholic church without necessarily agreeing with all of its doctrines.

But I see my Anglican identity much more like that - as being a "membership Anglican" rather than a "confessional Anglican". The Church of England is the historic Church in England, as preserved by the grace of God essentially since Christianity first came to England. It doesn't require me to believe or do anything contrary to Scripture, so I think it would be wrong to leave it, and right to submit to it on secondary issues on which the Bible is silent (for example, who can preside at a communion service). I'm a membership Anglican and a confessional evangelical.

As for where I disagree with the 39 Articles...

The three Creeds, Nicene Creed, Athanasius' Creed, and that which is commonly called the Apostles' Creed, ought thoroughly to be received and believed; for they may be proved by most certain warrants of Holy Scripture.

Of course, Athanasius didn't write the creed that bears his name, and it was never approved by a Church Council (unlike the Nicene Creed which was confusingly from the Council of Constantinople). Athanasius' Creed is actually theologically Augustinian rather than Athanasian, and while I agree with the substance of the creed and with everything in the main body of the creed, I don't agree with the prologue, which is still part of the Creed.

The Creed of St Athanasius

Now, I'd like to see someone try to prove that from Holy Scripture, with particular reference to the thief on the cross and for that matter any theologian before Augustine. Oh, and to show that holding an orthodox doctrine of the Trinity is more important than trusting Jesus.

But don't you have to sign the XXXIX Articles to become a minister in the C of E? Of course, I know that most people don't take this signing seriously, but I always assumed that you would. . . .

(I'm told that Paul Blackham thinks that the saints of the Old Testament all believed that God was a Trinity.)

No you don't - the declaration made of candidates for ordination is

They have affirmed and declared their belief in ‘the faith which is revealed in the Holy Scriptures and set forth in the catholic creeds and to which the historic formularies of the Church of England bear witness’.

and at the consecration of bishops:

The Church of England is part of the One, Holy, Catholic, and Apostolic Church, worshipping the one true God, Father, Son, and Holy Spirit. It professes the faith uniquely revealed in the Holy Scriptures and set forth in the catholic creeds, which faith the Church is called upon to proclaim afresh in each generation. Led by the Holy Spirit, it has borne witness to Christian truth in its historic formularies, the Thirty-nine Articles of Religion, The Book of Common Prayer and the Ordering of Bishops, Priests and Deacons. In the declaration you are about to make, will you affirm your loyalty to this inheritance of faith as your inspiration and guidance under God in bringing the grace and truth of Christ to this generation and making Him known to those in your care?

And I doubt even Blackham thinks the thief on the cross was a Trinitarian, though I'm aware he doesn't believe in progressive revelation.

Thanks, Custard. I had forgotten about the change in the 1970s!

By the way, concerning Paul Blackham, you may be interested to see what he has to say on a related subject: http://www.theologian.org.uk/bible/blackham.html.

Last time I looked, the Athanasian wasn't a Catholic Creed, not having been in widespread use across the whole Church at any point in history.

I am sure that the framers of the wording thought of the Athanasian creed as a catholic creed, as it is one of the three mentioned in Article VIII.

And I'm pretty sure that if I'd pushed them they'd have agreed with me about the Athanasian Creed and the thief on the cross. Do you?

Yes, I agree about the thief on the cross -- though I don't accept the body of the Athanasian creed either, or the Apostles' Creed, for that matter. But that's why I am not applying to be a lay reader or hold any office in the C of E. The fact that others are inconsistent doesn't entitle us to be! I'm still not sure how you can sign up to belief in the faith set forth in the catholic creeds, though you could say, I suppose, that the preface to the Athanasian creed doesn't set forth the faith or any part thereof, it's just purely incidental.

Apostles' Creed - is your problem with descent into Hell?

I think it's odd that the version in the BCP is the Tridentine version rather than the Old Roman Symbol, on which it was based. For what it's worth, the Apostles' Creed hasn't been used across the whole Church either (but the Nicene of course has).

The `may' in A2 surely means that it is absolutely fine to assent to the creeds, as Article 8 of the Thirty-Nine articles says:
The Three Creeds, Nicene Creed, Athanasius's Creed, and that which is commonly called the Apostles' Creed, ought thoroughly to be received and believed: for they may be proved by most certain warrants of holy Scripture.

So, how you can sign up to belief in the faith set forth in the catholic creeds, and to Canon A2?

Yes, it is the descent into Hell that I don't like in the Apostles' Creed.

I think it's kind of them to give me permission to assent to the 39 Articles.

I'd also be surprised if you could find many members of the C of E who agree a) with the preamble in the Athanasian Creed and b) think it can be proved from Scripture.

I agree that "descended to the dead" doesn't work as a translation of "descendit ad infernis" (IIRC), especially given its place in the creed.

On "descended into Hell", I don't think that the Harrowing of Hell is the most probably interpretation of 1 Peter 3:19-20, but I'm aware that it is the one with the best pedigree and that none of the interpretations is problem-free. If the Church as a whole says that that's the correct interpretation, I'm happy to go along with them. I just don't think they have said that, and I think Cranmer made a mistake in sticking with the medieval Catholic version of that creed rather than the more widely believed earlier ones.

I don't think A2 is giving you permission. I think the point is that some people, perhaps radical Puritans, were suspicious of the creeds, and A2 is reassuring them by asserting that it is possible to assent to the creeds with a good conscience. In other words, A2 is asserting that the creeds are true for all we know.

I agree that everyone else in the C of E is in the same boat, but that doesn't license us to make a lying declaration. So, how do you propose honestly to declare your belief in the faith set forth in the catholic creeds, and to abide by A2?

I will probably argue something like this (not all these points are required):

a) Canon A2 doesn't actually require me to agree with the 39 Articles and 3 creeds. If it did, it would have used the word "must" or "should" not "may".
b) I think that the creeds do set forth the Christian faith, some of them better than others. I am happy to affirm and declare the Christian faith, which is the faith set forth by the creeds, even though I don't agree with the Athanasian Creed in all its details. They are still recognisably Christian. It is the faith set forth in the catholic creeds, not the faith "precisely as set forth in the catholic creeds" which I have to affirm and declare
c) The fact that so few in the C of E will agree with the introduction to the Athanasian Creed shows that the sense in which such promises are understood clearly included me.

What I am concerned about is that these loopholes are big enough that an awful lot of heresy could squeeze through them too...

Re (b), yes, I think this is the way to go. In fact, this was why the wording was changed in the first place -- to allow those that disagreed with the 39 Articles to affirm their belief in the Anglican faith therein set forth. I just wasn't sure whether you would be prepared to avail yourself of this loophole.

Re (c), I shouldn't rely on this point: I hadn't realized, until you said, that the preface to the Athanasian Creed was part of the creed, and I suspect that a lot of others signed up under this mistaken apprehension.