History of Science and Religion - Books 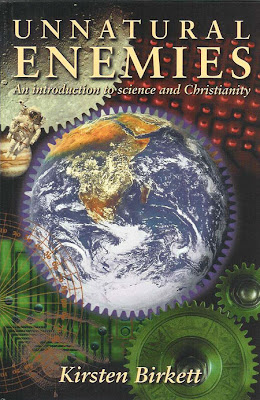 Probably the most common question I get asked by Christians is about the whole area of Science and Christianity. I'm still intending to write a book on it, but I'm studying the topic at Oxford first, partly to see where other people are coming from on it.

A good light introduction to the history of science and religion written by a Christian who used to lecture history of science is Unnatural Enemies by Kirsten Birkett. It's short; it's clearly written; it tries to explain why things are the way they are at the moment. Briefly put, part of it is that while many Christians thought Darwin was right about evolution, not all of them did because they still had a potential alternative explanation (God doing it directly, suddenly, recently). That meant that it looked as if Christianity and science were in conflict, which meant that the Christians tended to take up more anti-science positions and some atheists wrote histories of science making it look like they always had.

A better, more detailed, and less explicitly Christian book is Science and Religion - Some Historical Perspectives by John Hedley Brooke (former professor of Science and Religion at Oxford). It's a good academic study exploring the history of the two. It doesn't really require much background in science, religion or history. I wouldn't say it's a gripping read, but it's accessible to the sort of person who reads quite a bit. I'm also shocked I hadn't been told to read this book a long time ago... It might be quite expensive, so it's worth ordering it from a library, or getting a second-hand copy or something.

Do you know anything about Reason, Science & Faith by Forster and Marston?

No. Though the best book I've read on current stuff (rather than the history) is "Science and Faith" by C John Collins.