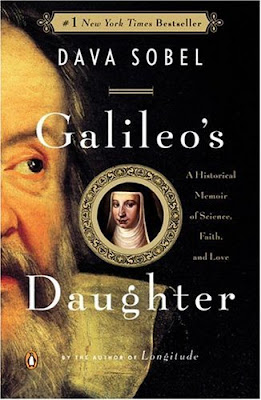 I suppose, like Dava Sobel's earlier book, Longitude, this is popular history of science and of scientists. It tells the story of Galileo - his life, his faith, his science, his trial, his imprisonment, through the lens of the surviving letters written to him by the person who was closest to him for much of his life – one of his daughters who spent her life in a convent.

This book was recommended to me by one of my lecturers as being a good and fairly accurate way in to the whole situation around Galileo as well as being very readable. It's not on a par with a John Grisham or something for readability, but it's certainly good as a way in, probably especially for people who are interested in relationships and everyday life as well as the science. Good.