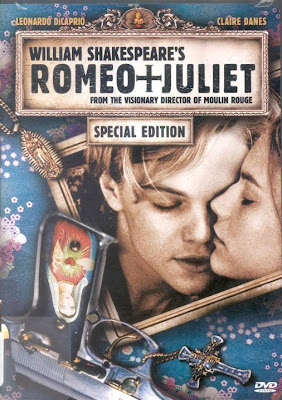 Moving, done well. All the reviews on IMDB seem either to be 10 stars or 2 or fewer. It's not the most astounding possible setting of Romeo and Juliet, but it's a very good one. DiCaprio is pretty good; Danes is very good and has an amazing smile; the chemistry seems to work, as does the setting and there's a very good supporting cast.

Some very clever moments in using the script in a modern situation - use of drugs, guns, cars, and so on. And plenty to think about in terms of the use of religious imagery and so on.