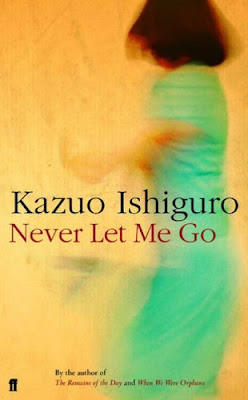 Ishiguro is a very versatile and talented writer, and doesn't seem bothered by conventions of genre, which is a good thing; I guess he's quite like Margaret Atwood in that regard. This book probably best fits into the category of speculative fiction, rather like The Handmaid's Tale, except not quite as dark.

The central characters are three friends from an unusual English boarding school who come across each other later in life, and it's written as one of them looks back. A lot of the perennial major themes come up - memory, relationships and what makes us human. It's very well written. Yes, there's a central mystery to the book, as becomes apparent quite early. And if I hadn't pretty much figured it out by the end of chapter 4, the book would probably have been stunningly good rather than just very good. And lots of people don't - I guess I was somewhat more predisposed to get it than usual because of some of the stuff I've read and seen before.

There - I didn't give much away, I don't think.