I used to be a physicist. I even used to be pretty good at Physics. I sometimes therefore get asked my opinion on climate change. This is roughly it. 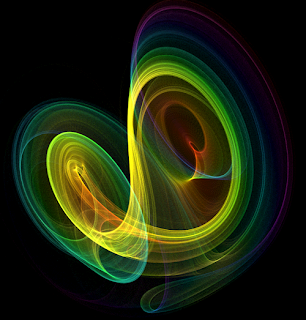 One of the more difficult bits of physics is the study of complex systems, of which global climate is undoubtedly one - in fact a lot of the field was invented as a result of research by a weather forecaster called Lorenz, who found that if he changed the numbers he put into his computer simulation very very slightly, it gave a big difference in the results, which was famously explained as a butterfly flapping its wings in Asia being able to affect the course of a hurricane in the Atlantic. (The impression I get is that modern weather forecasting still hasn't really caught up with it - what they should do is put in a range of different scenarios which fit the available data, parallel process them and then come out with statistical results like "70% chance of rain" and not claim to know the shape of the clouds or whatever. My friend Chris, who is a weather forecaster, may of course correct me on this...). Basically, the upshot is that if anyone says they know what is going to happen with the weather, they're way too confident.

Anyhow, one shape that keeps coming up in the study of complex systems is the Lorenz Attractor. Basically, it seems to be good at describing how these systems work, and it's a pretty good guess to say that the global weather system will follow some kind of multi-dimensional Lorenz attractor. Features of the Lorenz Attractor are roughly as follows:

We can apply this to the global climate:

Did you catch the Great Global Warming Swindle on TV4 in March this year? I saw it on Youtube. It was very interesting.

We probably have messed up the climate...

I saw it. There was some pretty painful use of statistics, lots of insinuation that anyone speaking in favour of the view that we've messed the world up is actually part of a big oppressive conspiracy, use of outdated science that was disproved ten years ago, and there were rather a lot of outcries after it was shown ,from scientists they'd quoted who said that they'd been horribly misrepresented.

Personally, I think it is pride and an over-active ego that makes mankind think he can affect climate change on a global scale. We may be contributing to it, but we're not causing it, and we can't stop it.

All depends what you man by "causing". In complex systems, it really isn't that simple.

There's a good piece on the same issue here.