One of my strong impressions during my time in Israel was to do with observing different denominations and how they ran the establishments they were looking after. Especially noticeable in this was the contrast between the Greek Orthodox and the Roman Catholics. Put simply, the difference was that while the Romans sometimes had wonky theology (like building a church with chapels for Moses and Elijah on the mountain where they claimed Jesus had told Peter not to build shelters for Moses or Elijah), they usually did it with moderately good taste, and in some cases very good taste. The Greeks seemed to have not only severely wonky theology, but also appallingly bad taste.

Here are some of their particular howlers... 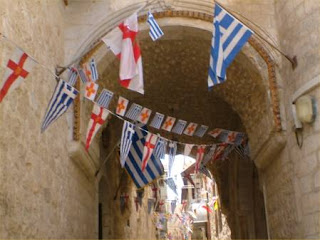 Are they in the least bit trying to be incarnational? Are they recognising that Christianity started in Jerusalem or that it is possible to be non-Greek and Christian? Are they seeking in any way to reach the local community? No, they're flying Greek national flags on all of their buildings. In Israel. 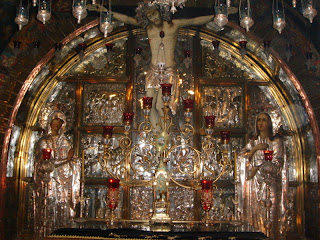 (picture from Wikimedia as mine weren't as good). This might look like an overdone year 9 project where the kids have discovered how to use shiny stuff but not how to do faces (notice the faces are flat and painted) or that sometimes there can be too much shiny stuff. This with about 17 bazillion dirty gold-ish coloured lamps is the Greek Orthodox chapel on top of the rock of Golgotha, where Jesus was crucified. And it looks like an overdone stage-mock up of a cross between Aladdin's cave and a junk shop. 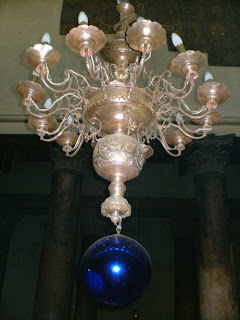 This is from the Church of the Nativity, marking the site of Jesus' birth. Note the incredibly tacky and cheap-looking Christmas tree bauble. 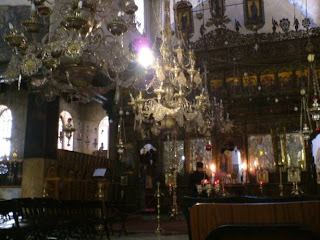 Again from the Church of the Nativity. Note the massively over-huge dirty chandeliers and the general atmosphere of decay. Note also the rope stopping people from going there. Yes, they let you into the cave where Jesus was born (which is under the bit pictured), but they don't let you at the front of their church because that bit is too holy.

Just for comparison, here are a few pics of Roman Catholic churches... 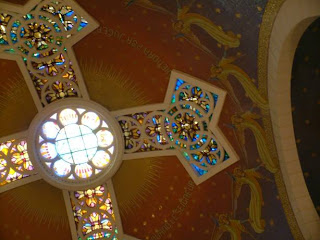 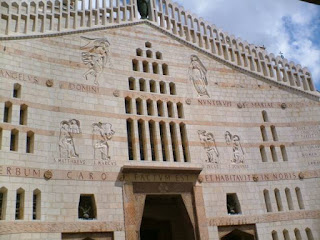 The Basilica of the Annunciation, built around Mary's house in Nazareth. 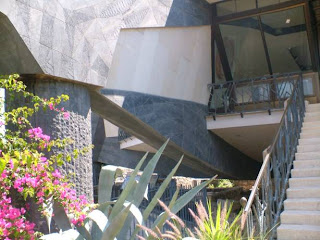 Church built over (yes, on stilts so you can see the original site of) Simon Peter's house in Capernaum. 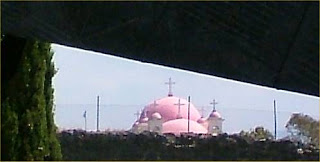 And through the gap under that church, it is possible to catch a glimpse of the Church of the Pink Blancmange (Greek Orthodox, probably not its real name).

You are ignorant regarding the Orthodox Church

I don't doubt it.

I also recognise, for example, their argument that the Incarnation changes the nature of the Second Commandment, which is why I didn't attack them for that (even though some of their images do seem to be graven which I thought went against the rules on iconography).

I should also add I have (currently) almost nothing against the Antiochan, Ukrainian, Ethiopian Orthodox Churches.

Please enlighten me about the Greek Orthodox Church - about the flags, about how shabby and tacky can be considered to be good taste, about their sense of mission and witness to Christ in Israel and how that is strengthened by the way they are going about things.

I genuinely would like to understand - I'm just not sure it's possible.