I visited Lichfield Cathedral today, because it looked interesting in photos and I'd never been there. 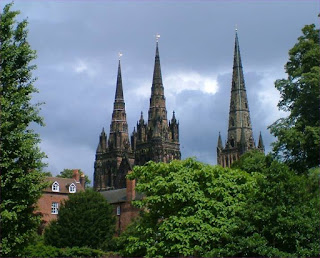 It's famous for, among other things, having three spires and being the burial place of St Chad. 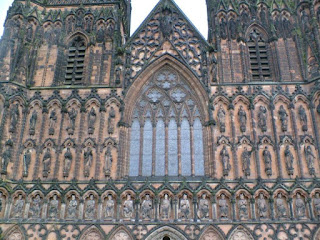 It's also got a very heavily carved West end. 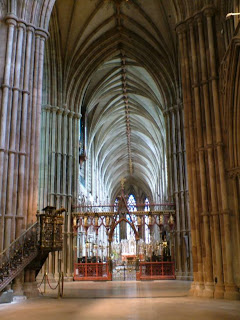 Oddly, the choir area is larger than the area for the congregation. That's probably partly because Lichfield is such a small city, but it would make any events with more than a few hundred people a tight squeeze, which kind of negates a lot of the point of cathedrals. Pretty though...