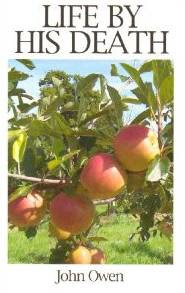 I've recently finished reading "Life by His Death", which is a simplified version of John Owen's classic The Death of Death in the Death of Christ. I didn't feel the need to read a simplified version - but Amazon were out of DoDitDoC and they didn't say this version was simplified... Poor excuse, and if anyone who has read DoDitDoC says it deals with some of the criticisms of it here, I'm happy to make the effort to find a copy.

The book itself is a strong defence of the doctrine of Limited Atonement - that Christ died only for those who trust in him rather than for everyone without exception. It's a controversial doctrine, so I thought it worth writing a few thoughts about it.

It really got me thinking what it would be like to preach evangelistically trusting properly in God's sovereignty, and seeking to encourage God's work in people and preaching to those whom God is working in rather than those in whom he is not yet working...

Thus we appeal to men as if they all had the ability to receive Christ at any time; we speak of His redeeeming work as if He had done no more by dying than make it possible for us to save ourselves by believing; we speak of God's love as if it were no more than a general willingness to receive any who will turn and trust; and we depict the Father and the Son, not as sovereignly active in drawing sinners to themselves, but as waiting in quiet impotence 'at the door of our hearts' for us to let them in. It is undeniable that this is how we preach; perhaps this is what we really believe. But it needs to be said with some emphasis that this set of twisted half-truths is something other than the biblical gospel.
J.I. Packer, Introduction

The weaknesses in Owen's arugments are twofold. Firstly, he comes to a theological position based on some texts, and then interprets others in the light of his theology. One of his most common arguments is "this text does not mean A, because we already know ~A". Hence many of his arguments would only work on those who already hold to the authority and consistency of Scripture. At the same time, his arguments could be (and have been) reversed. People could argue from the verses that seem to teach ~A that it is true, and then use exactly the same tactics on the verses that seem to teach A. I think they'd come unstuck though, because their conception of God would not really be sovereign, but that doesn't change the problem with using it as an arguing technique.

But from our point of view, things are very different. There's only one point in the book where Owen's view changes to ours.

Preachers can never know who, in their congregations, are God's elect. They must therefore call on all to believe, and promise that as many as do will be saved, for there is enough in the death of Christ to save all who believe.
Life by His Death, p.52

Most people don't function with a God's eye view. Most people find conceptual arguments difficult to follow, and Owen employs little else. I'm heavily conceptual, and I found it difficult that when he kept mentioning the many people who hadn't heard of Jesus, he never once used it as a motivation to tell them!

I think that at the end of the day, Owen is right about Jesus' death. I don't know if in 1647 there were people who believed in the full authority and consistency of Scripture, were comfortable with highly conceptual arguments and believed that Jesus died to actually forgive the sins of all rather than just those who believe. If there were, maybe this book is the reason there are so few such people now. But that's clearly who the book is aimed at.

But it is critically important that we hold that belief in tension with human responsibility and the fact that the gospel is held out to all, because Jesus died for anyone who will put their trust in him. 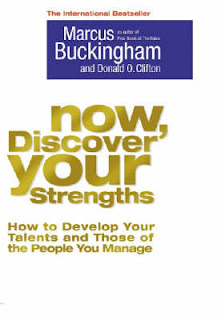 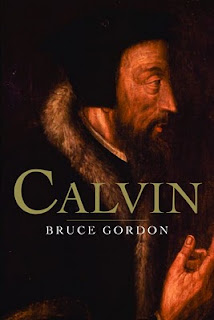 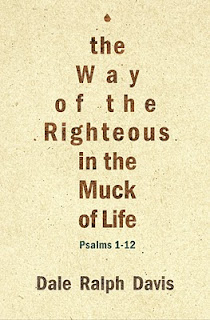 I've long been an admirer of Dale Ralph Davis. His books of sermons on Joshua - 2 Kings are models of what Christian preaching on the historical OT books can be. This book contains 12 of his sermons on the Psalms - specifically Psalms 1-12.

As you'd expect from DRD, each contains his own translation of the Psalm and a discussion of some of the textual and contextual issues, but only where they are relevant to the points he is making. The translations alone were worth the cost of the book, but I found the sermons moving, helpful, and they really pointed me to Christ.

Well worth reading devotionally, as I did. Well worth having if you are going to preach on any of the Psalms in the near future. Well worth studying to get ideas for how to preach poetry. Brilliant book.

I've recently been reading Ephesians 4 and 5, and have been really struck by the number of reasons Paul gives for avoiding sin. I found it a real encouragement to avoid sin better in my own life, and I'm not sure I've ever seen a list of them worked through properly, so here goes...

We're starting a series on Mark at church this term. Here's a Wordle image for the book (ESV, because they're better with making the text available). 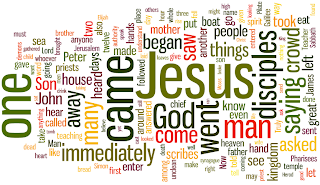