What's With Paul and Women? by John Zens 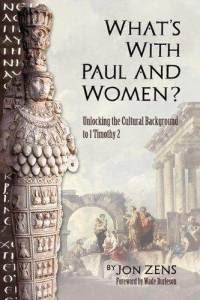 When we debate with others, we need to make sure we understand their point of view too. Otherwise we run the risk of being deluded into believing our own bluster.

One area where this is particularly true is the debate about women in leadership in the church. For one side, the issue is one of fairness, of not arbitrarily saying that 50% of the church should not be allowed to teach or lead. For the other side, the issue is one of striving to be faithful to the Bible (or to tradition), especially when it doesn't fit with our cultural preconceptions.

What is needed in the debate, therefore, is for people who bridge the gap – who either seek to show how restricting the ministry of women is fair, reasonable and just or to show how allowing women to teach, preach and lead is compatible with the Bible. This book is an attempt to do the latter.

Zens takes the key passage of 1 Timothy 2:8-15, and tries to show that it addresses a specific situation in the church in first-century Ephesus rather than being a general injunction for all time. And he makes some good points. For example, by arguing that Paul's instructions to women all match up with specific features of the Ephesians Artemis-cult, he provides the first decent explanation I've seen of how v15 follows on from v8-14.

Some bits of the argument could be unpacked better. For example, I don't remember him making the specific link between the women wearing fancy hair styles to worship Artemis, or their leadership, and them seeking protection in childbirth. It is implicit in what Zens writes, but if he'd spelt it out a bit more, and then unpacked that Paul is showing them that there is a better way...

But the book's big weakness is how it treats people who disagree. The foreword is full of invective against people who restrict women's ministry. And regardless of whether it is true or not, that is not the way to win an argument with people who are honestly seeking to follow what they think God is saying. Ditto with Zens' argument in v12. He translates the verse “I do not now permit...”, and then makes his main point from the word “now”. However, it isn't in the verse in Greek. If Paul had wanted to put a “now” in, he could have done and he didn't. Zens is right of course that the verse could be describing Paul's practice at that time and in that situation, but grammatically it could also be describing his settled and permanent policy. That question can't be settled on grammar alone, so in implicitly saying that it can, Zens makes the serious mistake of over-arguing. I don't like people using bad arguments in debates because 1) it makes it look as if they don't have any good arguments 2) it makes it look as if they've already decided what the “truth” is before considering the arguments.

Other things about the book grated as well. When Zens wants to make a point I think is controversial, the sources he refers to to establish it are mostly non-peer-reviewed ones – he seems disturbingly fond of putting blogs in his references. Now I quite like reading people's blogs, but I don't always assume they're true. If I'm reading the blog of a noted Biblical scholar, I expect them to be right on the Biblical stuff and to have done their research. But Zens sometimes comes across as having the attitude “It says it on the internet, therefore it must be true.”

All in all, a thought-provoking read, and he makes some good points, but it could have been so much better if this book actually looked like an attempt to understand the verses rather than an attempt to have a go at people who disagree.

Links to this post
Email ThisBlogThis!Share to TwitterShare to FacebookShare to Pinterest
Labels: books, women in ministry

There is quite a bit of controversy at the moment about the possibility of therapy that is said might lead to gay people becoming straight. Albert Mohler, for example, has written an article about it which misses the point.

People argue about whether it is ok to condemn homosexuality. But that is surely neither here nor there in the argument! Consider this:

Note that this argument does not assume that homosexuality is right, wrong, neutral or disordered. It does not assume anything about the authority of Scripture. It is therefore much more likely to be accepted as an argument by people who don't agree with those points. I don't understand why it isn't used more.

Three Books That Should Be on Ministry Reading Lists

Here are three books I wish had been on at least one of my reading lists. (And one that I'm glad wasn't!)

Instruments in the Redeemer's Hands by Paul Tripp 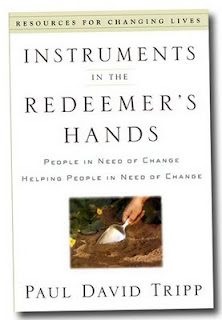 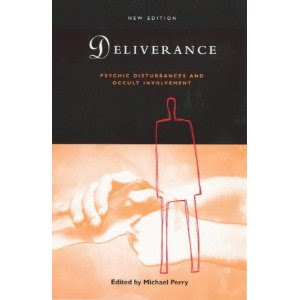 This a book version of the official guidelines from the Church of England working group on Deliverance ministry. Given that fact, it's surprisingly good. They don't seem to have any anti-supernatural bias or anything, and have done their research into the nature of the phenomena and best practice very well. Well worth a read for anyone in ministry who comes across situations where deliverance is requested or an option. Recommended by my Training Incumbent.

Rid of My Disgrace by Justin & Lindsey Holcombe 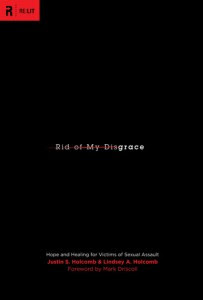 This book, on the other hand was a big disappointment. If you've never really thought about how to conduct a funeral, and don't know anyone who does them regularly whom you can ask for help, this is probably a useful guide. Except even then, so much of it is tied up in US culture and so on. Maybe worth reading as a discussion starter for people who have never led a funeral or if your theological college missed that bit out completely. But for those of us who were trained in how to do funerals and aren't ministering in the US, pretty much useless.

Having said that, I do read and recommend other stuff written by the authors.