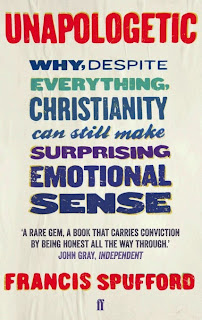 This is a very readable, clear and entertaining introduction to the Reformation. Obviously, it's an area I've studied a bit, and I can't say I learnt a lot new from this book, but I really enjoyed reading it! There are a couple of things he gets wrong – for example he recognises that Calvin wasn't a Calvinist, but I'm not sure he realises that Zwingli wasn't a Zwinglian either. There are, of course, loads of things he could usefully go into more detail on, but as a short (under 200 page) paperback introduction to the Reformation goes, this is as good as it gets.

This is a very short book (not even 100 pages), but it's brilliant and well worth a read. Vaughan has obviously read and thought a lot on the topic, and condenses it really well. Here are a couple of really helpful ideas I picked up from it.

Malcolm Gladwell – What the Dog Saw

Malcolm Gladwell has become famous in the UK for his book-length popular treatments of social science topics, such as The Tipping Point and Outliers. This is a collection of 20 shorter articles (20 pages or so each) which he wrote for the New Yorker magazine. It's typical Gladwell – he can make pretty much anything seem interesting, even the history of advertising hair dye. It's always thought provoking, always informative, always entertaining.

This is a typical John Maxwell book. 25 big points about how to work well with people, explained really clearly, illustrated well, and explained in such a way that they seem utterly obvious. I can see that if someone really needed to learn soft people skills, this book could change their life, but it's got enough helpful advice that pretty much anyone would benefit.