There's a fire festival in Broad Street (Oxford) at the moment. I think it's called Luminos or something and it's meant to celebrate 1000 years of Oxford as a city or something like that. 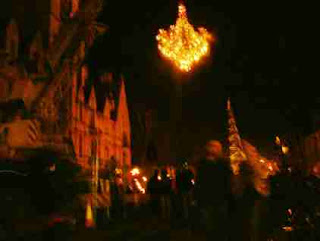 A not especially good photo of one end of it.

Broad Street is of course well associated with fire - it was famously where the Oxford Martyrs - Hugh Latimer, Nicholas Ridley and Thomas Cranmer were burnt to death as it was the place where burnings happened in Oxford.

So to me it seems in particularly bad taste to have a quasi-pagan fire festival there to celebrate 1000 years of Oxford. Or, if you're Philip Pullman (who is said to be a big fan of it), very appropriate... 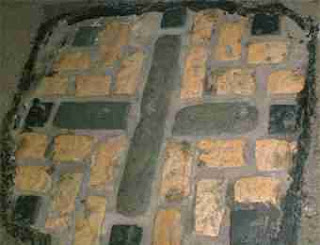 And this is where Ridley, Latimer and Cranmer were burnt to death, at one end of the festival thing.