If you ask an educated atheist to show that the events described in the New Testament didn't really happen, the number one place they pick is the "carol service" census described in Luke 2. 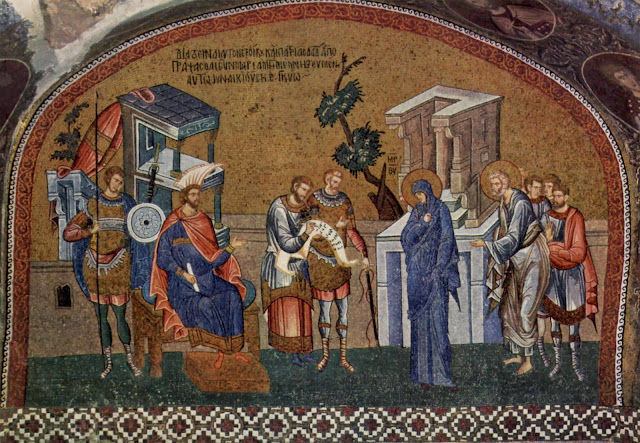 In those days Caesar Augustus issued a decree that a census should be taken of the entire Roman world. (This was the first census that took place while Quirinius was governor of Syria.) And everyone went to their own town to register. So Joseph also went up from the town of Nazareth in Galilee to Judea, to Bethlehem the town of David, because he belonged to the house and line of David. He went there to register with Mary, who was pledged to be married to him and was expecting a child.
Luke 2:1-5, NIV

Bock identifies five problems people cite when it comes to this passage.

(It's worth noting in passing that pretty much everyone agrees Jesus was born in 5 or 6 BC - the chap who invented the BC/AD dating system guessed a date for Jesus' birth and got it close, but a few years out).

Here are some answers to those problems, again adapted from Bock...

1) The Romans liked doing censuses because they liked taxing people. We know there was ongoing census activity across the Roman Empire at the time of Herod.

3) We also know that vassal kings (like Herod) did censuses too when Rome told them to. There's even evidence that Jews under Herod were paying Roman taxes (and hence had been censused).

If there was a census for Roman taxation and at Roman command under Herod, it makes sense that...

2 & 4) If Herod did a census (before 4BC), he might have done it Jewish-style rather than Roman-style. A Jewish-style census could well involve going to ancestral towns, especially if Joseph owned land in Bethlehem as he might well do if descended from David. Jewish land ownership was tied to who your ancestors were. A Jewish-style census wouldn't have caused riots like the Roman-style one in AD6 and so is less likely to be mentioned by Josephus, who is the only non-Biblical historian describing Palestine in that period.

It's also clear that the census Luke is talking about isn't the one in AD6. For example, a census after 4BC wouldn't have required Joseph to go from Nazareth to Bethlehem - after 4BC they were in different provinces. Luke also knows about the AD6 census - he mentions it and the rebellion in Acts 5:37.

So what about Quirinius? Luke 2:2 reads "This was the first census that took place whilea Quirinius was governor of Syria." But the NIV has a footnote saying “Or this census took place before...” The word in question is πρωτος (protos) - dictionaries define it as “first, before, greatest”. So it could be talking about the census BEFORE the one where Quirinius was governor of Syria (the one in AD6 which caused all the trouble). We've got the same issue in English with the word "prototype", which is from πρωτος. Was the prototype of the Jaguar XF the first one, or was it something they made before they made the XF?

Literally, the verse reads “this was the first census of Quirinius, governor of Syria.” Qurinius may well have been asked to administer the census by Herod, even though he wasn't governor of Syria yet. In the same way, we might say "President George W Bush was a notorious drunkard as a young man", even though he wasn't president when he was a young man.

In conclusion, it looks like the difficulties with these verses might well cancel out. There isn't enough historical evidence to say "these verses are definitely right", but there isn't enough evidence to say they're definitely wrong either. That's one of the problems with ancient history - we often don't have enough evidence to check whether written accounts are true or not. On the other hand, we do have that evidence to check lots of other things that Luke wrote, and he gets it right time after time, so chances are he's right this time too.

Incidentally, if this is the best the sceptics can do when it comes to attacking the reliability of the New Testament, what does that say about the rest of their arguments?