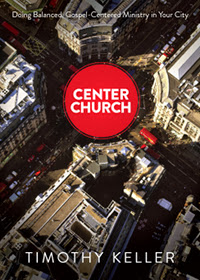 Keller (senior pastor of Redeemer Presbyterian, New York) is one of the most influential writers on theology and church at the moment, certainly in the Reformed world. And this is the closest he has come to a magnum opus. It's essentially a 400-odd page textbook on what it means to be and do church in the specific context of city-centre ministry in a global city. I'm not there, and I don't agree with Keller on everything, but if this was a course when I was at theological college, it would have been one of the best and most helpful courses on offer. He outlines different views on just about everything, shows where the tensions are, and usually shows how to plot a third way (or a fifth way) between them.

Genuinely helpful on big-picture stuff; really clearly laid out; genuinely brilliant. There's quite a bit of stuff that can't really be put into practice when you don't have a congregation of at least hundreds including talented artists (and there's not much on how to deal with having enthusiastic but not-talented amateurs), but there's lots of stuff that is helpful in my context and at painting a vision for why and how Redeemer has done what it's done, it's great. 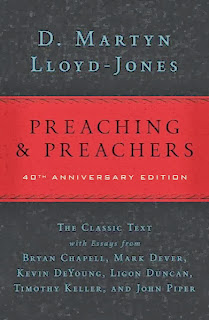 The way I remember it, a few years ago someone did a survey of which books on preaching today's most respected preachers valued, and this one came top despite having been out of print for 20 years. So now it's back in print, sprinkled with essay-length commendations and appreciations from the likes of John Piper.

Martyn Lloyd-Jones's book was originally a series of lectures he gave on preaching in the late 60s, and the only book it really compares to is Spurgeon's Lectures to my Students. (For what it's worth, I'd rate Spurgeon slightly above P&P, but only slightly). Preachers & Preaching is like having a brilliant but utterly eccentric tutor. If you listen to him, you'll learn a lot, but some of what he says is quite batty. He has strong opinions on almost every imaginable topic, some of which are just odd (views on the shape of the roof of buildings and how it affects spiritual health of the congregation) and some of which are challenging and thought-provoking but probably wrong (why it is wrong to debate atheists).

I can see why so many great preachers value this book so highly though. It's really good, despite the quirky bits, and I've really been encouraged, challenged and built up by reading it! Strongly recommended...

And the Lamb Wins - Simon Ponsonby 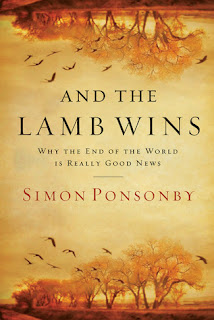 This is a book-length version of Simon's St Aldate's School of Theology sessions on eschatology and the end times. It's clearly aimed at a bright undergraduate-level audience - he gives the histories of different theories on the millennium, for example. But if you can cope with that, it's very readable and a clear overview of a number of different aspects of end-times debate. He interacts with most of the main schools of thought, gives his own opinions and backs them up well. He probably succeeded in slightly changing my opinion on Israel, for example.

There are a couple of other areas I'd like to have seen him interact with - the nature of the final judgement for example, whether there is just one or two (works & faith?). But overall this is just about the best, sanest, most Biblically faithful handling of the end times I've read. I recently compared it with Randy Alcorn's Heaven, for example, and Alcorn is better on Heaven itself, but Ponsonby is clearer, more detailed and more rigorous in just about every other respect.