It's been a while since I've posted on here – largely because of the summer. Here are some reviews of non-fiction books I've read recently... 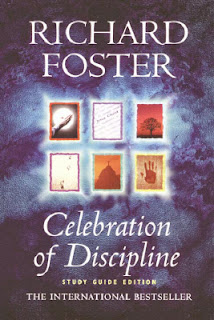 This book is far far better than its title! One of the huge dangers facing any book on spiritual disciplines is legalism, which Foster avoids well. It is easy to see how this book became a classic, and was one of the key influences in helping evangelicals learn from some of the riches of other traditions. Lots of wise practical advice about fasting and so on as well.

In some ways, Christian culture in the 2010s might be even more compromised by seeking after comfort than it was in the 1980s when the book was written, and hence even more in need of the spiritual disciplines.

There aren't many books which I'd say are a “must read” for modern Christians. This might well be one! 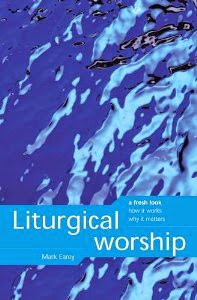 This is the recommended textbook for a course I'm teaching in the Autumn on liturgy. It's a really good book for giving an introduction to the shape and nature of Anglican liturgy.

There are a couple of places where I felt he missed important points – for example he sees the options with deciding what to preach on as either following a lectionary or having the danger of going for the preachers' pet topics – ignoring the pattern I've come across many times of systematic preaching through chunks of Scripture, but varying the genre regularly. But by and large, I thought that Earey gives a fair representation of most of the breadth of Anglican positions on various topics.

There are quite a few grand-sounding statements about liturgy – that it is the “Corporate drama of being the people of God” and “a public symbolic shaping of space and time in order that our hearts and lives might be shaped in the image of Christ”, but at times I felt it could do with a lot more fleshing out.

I don't think we covered liturgy very well at theological college at all. I'd have found this a really helpful introduction to the topic, but it's not more than that.

The Breeze of the Centuries – Michael Reeves 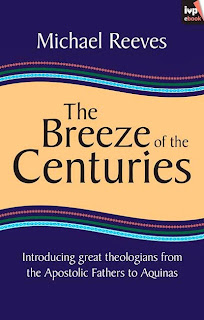 This is an introduction to a handful of great Christian thinkers from before the Reformation period – the Apostolic Fathers, Irenaeus, Athanasius, Anselm, Aquinas.

With each of them, Reeves gives a short biography, complete with humorous anecdotes, and a summary of their major works, theology and influence.

There's a lot of good stuff there. It's certainly helpful to see the people in their wider context. Reeves doesn't let people slip into their own stereotypes – he doesn't let them always be right and points out some of Anselm's theological weirdnesses (for example). It's certainly a good introduction to the theologians he covers, but it's the weakest of the three Michael Reeves books I've read.

Here's one of the high points of the book:

Augustine provides a prime example of what it is like to read a great theologian from the past: both grand and alien, both profoundly right and profoundly wrong (often in the same sentence), he challenges in every way. His great temporal distance from us dares our comfortable and well-worn formulas. Even the mistakes we recognise as characteristic of his age force us to ask what mistakes are characteristic of ours. (p.100)

There are a couple of things I found difficult or unhelpful. One is the selection of theologians – they're almost all Westerners (Justin Martyr and Athanasius are the only exceptions), and it seems odd not to mention Origen or the Cappadocians. Reeves also seems to say that there weren't any significant theologians between Augustine and Anselm, which seems a little unfair to John of Damascus and co. Maybe it would have been better as two books – one on patristic theologians and one on medieval ones, with people like Bernard of Clairvaux, Tauler, Catherine of Siena, etc.