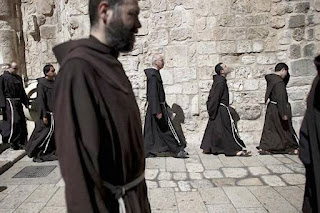 For a long time I have mistrusted the idea of a “rule of life”. It all sounded terribly... legalistic – the kind of thing that was externally imposed on someone as yet more man-made rules they had to keep before a church which had grossly misunderstood God would allow them into heaven, or something like that.

But over the last year or so, something like the idea of a “rule of life” has come at me from several angles. Here's Martyn Lloyd-Jones, for example.

... the question of discipline is thrown right back on the [preacher] himself. Nobody can tell him what to do. What controls everything is his realisation that if he is to be what he should be, if he is to be a true preacher, a spiritually minded man who is concerned about ministering to the glory of God and the edification and salvation of souls, he must do this. That should compel him to exercise this discipline. If he has the right motive and the right objective, if he is truly called, he will be so anxious to do all he has to do in the most effective manner that he will take the trouble to find out how best to order and organise himself and his day.
Preaching and Preachers, ch 9 (sic)

This is what a “rule” is – a collected, organized set of practices we determine to follow in order to tend to our spirits and shepherd our souls. We need structure and discipline for our spiritual lives every bit as much as we do for every other area of life.

Whatever our “rule” may be, it can, and should, be natural to our personality and developed in light of our season of life – but it must be created. If we know that we would be profoundly served by reading, praying, and spending time with a soul friend, then we must work toward establishing the patterns of life that allow it.

Several times, the phrase “rule of life” has come up in that sort of context and in the longer and better ones (e.g. Finding a Personal Rule of Life by Harold Millar) they tend to explain it roughly as follows:

“Rule” is a translation of the Latin “regula”, which has the sense of a standard or a pattern as well as a rule – regularity rather than regulations (both come from the same Latin word). So a “rule of life” is not something external and imposed on us – it is a pattern of life that we decide to stick to because it is good for us and enables us to live at our best.
(wording my own)

My response to that is simple. If that's what you mean by the phrase “rule of life”, then wouldn't it be better to call it a “pattern for living”? That also has the nice ambiguity that it's a pattern by which I decide to live which then enables me to really live.

And with that overly-pedantic improvement made, it sounds important to do, great to put into practice and I've written one! 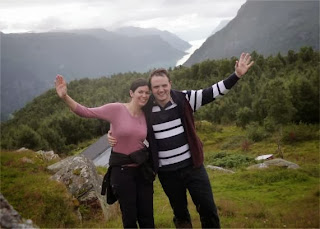 Email ThisBlogThis!Share to TwitterShare to FacebookShare to Pinterest
Labels: me, ministerial training, ministry