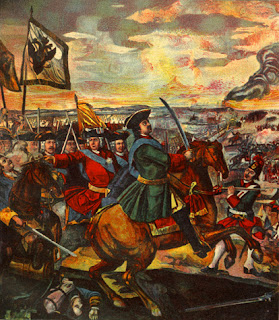 My favourite 'fighting' hymn is "O Church Arise" by Townend/Getty. I had it at my installation/licensing as Vicar here in Wednesbury and I wheel it out at any significant event!

Thanks for the inspiring thoughts. It's my birthday in a few weeks - I am SO going to ask for that CD. The song was uplifting, the words thoughtful and not an ounce of shallow, trite jingoism.

Tim - I also like "O Church Arise", but have never been anywhere that sung it...