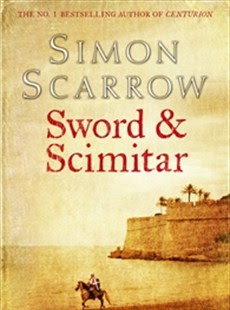 I'm usually quite a fan of violent historical fiction, of which Simon Scarrow is one of the leading exponents. This book undoubtedly gets two out of those three very well.

It's set around the siege of Malta in 1565, which was one of the key battles between the Ottoman Turks and the European powers. It was also one of the most viciously fought battles in history; but it's the history that lets Scarrow down badly.

The fictional side of it is done well – it's grippingly written and I wanted to keep on reading even though the eventual outcome of the battle is obvious from the fact that Europe did not turn Muslim in the late 1500s and Malta's capital city shares a name with the commander of the defending garrison. Yes, there's very little characterisation, but if you want historical fiction with romances and more than one developed character, read Philippa Gregory or Hilary Mantel rather than Simon Scarrow or Bernard Cornwell.

I expect he's probably right on most of the military details, including one scene which was almost too much even for me with the level of violence (think a few armoured Turks versus a horde of women and children). If anything, the violence is overdone – I'm pretty sure that being shot with a primitive musket does not make someone's “head explode like an overripe watermelon”. I'm willing to believe that the Turks deliberately desecrated one of the altars by killing a knight on it; I'm less willing to believe they'd have been ordered to do that with the line “Slaughter him like a pig!” Muslims don't kill pigs at all; still less sacrifice them on altars.

What really got on my nerves was the main character's thought life. The book includes some Q&A with Scarrow at the back – here's an extract.

Authors want to reproduce the era they are depicting with the greatest possible fidelity. That is part of the unwritten contract with the reader and it is why we spend so much time on research to get the details (large and small) correct. Readers, myself included, like to be immersed in the everyday apparatus of the past.

... By modern standards our ancestors would be considered a thoroughly cruel, sexist, racist and religiously fanatic bunch and we would find it pretty tough to empathise with them, let alone actually like them.

Isn't that therefore the job of the historical fiction writer – to help us to understand and empathise with characters (real or fictional) from the past? It's what Mantel does so well. It's what Richard Harris does in his Julius Caesar series. Past people are still people, and a good historical writer helps us feel that we understand them better.

Instead of that, Scarrow imports a very modern (and uninformed) set of thoughts. So the main character, Sir Thomas Barrett, spends much of the book thinking how silly religion is and how it causes lots of wars. Granted, most of the wars in Europe in the 1500s and 1600s had religious motives. But the 1300s and 1400s were no less bloody, and those wars (e.g. War of the Roses, Hundred Years War) tended to be to do with dynastic succession. To a knight in 1565, wars in Europe being caused by religion would be a new idea. By the 1700s and 1800s, people by and large didn't care about religion as much, and there were no fewer wars – they just tended to be about empire rather than religion. The fact is that wars are caused by people, and people find excuses for their wars, whether to do with dynasty, religion, empire, politics or whatever.

All in all, not as good as I was hoping. Not one of his best, and anachronistically anti-Christian.