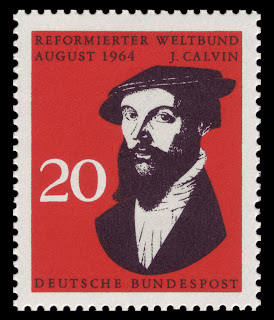 I think you may be underplaying the second point of Calvinism. You define it as `God's choice of people is not due to anything inherently good about them', but the Remonstrants would have accepted this, under a natural interpretation of it, since they thought that God's choice was due to our foreseen faith, but that God did not choose us because of any inherent goodness in our foreseen faith. As I understand it, the historically correct formulation of the second point is more like `God's choice of people is not due to anything inherent about them', which rules out foreseen faith as the basis of his choice. Would you be happy with that too?

Okay, okay, so I assumed that faith was good. Your restatement of point 2 accepted.

Thanks, John. The point isn't whether faith is a good; the point is `is it in virtue of the goodness of faith that God chooses those that have faith?' -- the Remonstrants said `no' to this question, which would have made them accept your statement of point 2 (under a natural interpretation).