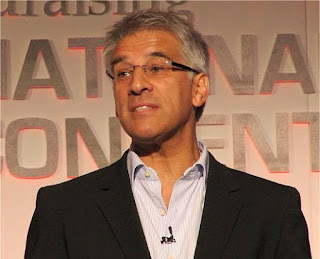 It is being widely reported that Steve Chalke has "come out" in favour of gay marriage. Here's his paper on it, and here are some more resources on it. Peter Ould, whose thinking I generally find very helpful on issues around homosexuality has started a reply here, which show that Chalke's work on the Bible passages is somewhat lacking.

I agree that at times the church has been guilty of hatred of people who experience same-sex attraction, and that we need to repent of that. However, I don't think we should change the Biblical understanding of marriage in order to do that - that would seem to be something of an extreme over-reaction.

I'd want to add three more questions for Steve Chalke:

1. Why do you put people into boxes marked "homosexual" or "heterosexual"? Isn't that part of the problem?

3. Do unhappily single people have the gift of celibacy?

What struck me about the article was that at the start of the article, he set out to challenge the way that Christians have historically viewed and treated gay people - that's good, we need to do that. Hover, he then spent most of the article giving reasons why gay sex/marriage might not be sinful, which is a different issue. If some people have been badly treated because they're different, that doesn't mean that the things that make them different should be annulled or seen as unimportant - it means that we need to learn how to handle difference.