Continuing a series which I started yesterday...

1. How Can God's Instructions About the Canaanites Possibly Be Justified? 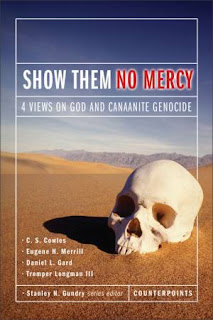 The Bible itself gives several justifications for this command:

It's easy to kick against the idea that sin deserves death. We live in a culture which so often refuses to face up to reality in this area.

Most countries seem to agree that the most serious crime is treason. It was certainly one of the last crimes to carry the death penalty in the UK (abolished 1998). Treason is essentially an act of war against one's own country, particularly plotting to kill the rightful ruler. And it seems fairly clear that the better the ruler is, the worse the treason is. So Claus von Stauffenberg plotted to kill Hitler but is widely regarded as a hero, whereas William Joyce (aka Lord Haw-Haw) collaborated with the Germans during WW2 and is viewed as a villain, though both were convicted of treason. The better the ruler, the worse the crime.

What we seem to miss is that we are all guilty of treason against the best, the wisest and the most rightly sovereign ruler of all – God. We take all the good things that he has given us and try to declare our unilateral independence from him. And even while he continues to sustain us and bless us, we use our abilities to sing the praise of other gods, who are no gods at all. The Canaanites sacrificed their children, whom God had given them, to his rivals who were nothing more than statues.

They were all traitors, and all therefore rightly deserved death. Longman writes:

In conclusion, we must point out that the Bible does not understand the destruction of the men, women and children of these cities as a slaughter of innocents. Not even the children are considered innocent. They are all part of an inherently wicked culture that, if allowed to live, would morally and theologically pollute the people of Israel. (p.201)

But so are we, and that should be the real surprise of the Canaanite genocide. It was only the Canaanites who got destroyed, and not us too. We all deserve it – but they were the only ones to get what they deserved.

The important question is not so much why certain nations were destroyed but rather why all nations, including Israel, were not. By YHWH's standards of holiness, not even the most righteous of humanity could remain alive. (Gard, p.103)

Longman cites Meredith Kline's helpful idea of intrusion ethics – that what we see at the Canaanite genocide is God's final judgement on the Canaanites, but brought forwards from the end of time to the time of Joshua. What happened to the Canaanites is what should and will happen to all of us by rights. So it's just as well there's a way out...