My Problem with "Rev"

This week saw the last-ever episode of the TV series Rev, about the vicar of a “failing” church in London. I've watched a fair bit of it, and all of the last series, but I always found it made me profoundly uncomfortable. This is why. 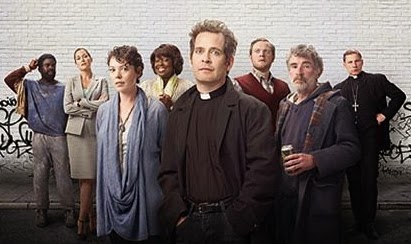 It wasn't because God hardly shows up, though he doesn't much. It wasn't because it's subtly hostile to the church, though it is, particularly in its depiction of all other clergy other than Adam as nasty pieces of work. It was because I found it all-too believable, and it made me face up to one of the fundamental problems faced by the Church of England. When I can do something about problems (or when it's my job to), I think it's important to face them and deal with them, but problems like this I'd rather bury my head in the sand and ignore. In some senses, it's none of my business, but it breaks my heart.

The Church of England has long been built on a foundation of fudge. We aren't really a denomination – we're a national Church which is a variously dysfunctional association of congregations bound together by a shared history which we disagree about, an often-distant episcopacy, a rough agreement that the Creeds are on the whole a good thing, an immensely flexible liturgy that can be indistinguishable from either Rome or Vineyard, and a slightly grudging agreement to work together for the common good. One of the problems with this is that there are some fairly fundamental things that we really don't agree on but never discuss, in particular the nature of ordained ministry.

As far as I can tell, there are two main ideas about the nature of ordained ministry in the Church of England – the ontological and the functional, or in less technical language “being a priest” versus “leading the church”. I'll explain what I mean.

The ontological view of ministry is probably the more widely-held view. It's certainly the closest thing to an official view in the C of E. It says that when someone is ordained priest, they become a priest – that is who they are, and it doesn't go away (unless someone does something really bad, and the bishop goes a stage beyond sacking them). Priests are allowed to preside at communion, pronounce official blessing and absolution on people, and so on. Non-priests aren't, but a priest is a priest is a priest, whether they are a vicar, an army chaplain or a retired social worker who helps out in the local church and got ordained so they can help out with communion services.

The C of E selects people for ordination on the basis of this idea. Their criteria are roughly as follows:

This isn't the view which comes naturally to me, but I've come to see some of its strengths. It's great to be able to appoint people like that as official ambassadors for the church. On the various occasions when Adam had a crisis of calling through the series, it was aspects of this call – the call to be a priest – which he kept coming back to.

The other view of ordained ministry is the functional view. It says that there is clearly a call to be different, but that call applies to all Christians. The distinctive call is a call to lead churches – to do something. On this view, a retired vicar is the same as any other member of the congregation, albeit with some skills and wisdom they might like to share.

The key texts for this view are the Pastoral Epistles – letters written by Paul to church leaders in the 60s AD, along with a few other bits like Acts 20 and 1 Peter 5. These distinguish several different levels of leadership in a church, from people who are involved in running practical areas of the church's life (e.g. Stephen) to people who are involved in appointing church leaders across a wider area (e.g. Titus). The criteria these passages give for someone to be involved in a senior leadership position in a church are: 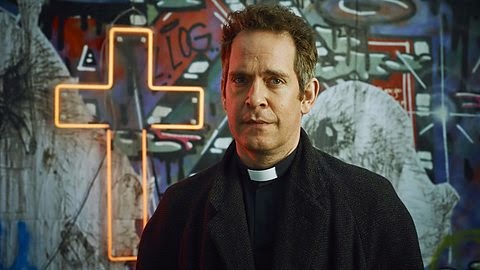 We see the problems shining through in the series. Adam isn't a good preacher; as a result his congregation don't have transforming encounters with God's word and so don't change. We see that painfully clearly when it comes to welcoming a repentant paedophile into the church. Adam understands grace, but he hasn't communicated that understanding to the rest of the church, so they reject him. Adam's wife isn't properly on board with him being a vicar – she clearly resents it and it causes all kinds of problems for her faith, and for his leadership. I know both from personal experience and from that of friends that if a vicar's spouse isn't keen on them following the calling to lead a church, it won't work.

The tragedy is that Adam has been badly let down by the C of E in its confusion between the calling to be a priest and the calling to lead a church. As a result, everyone loses – Adam, the local church, the wider church.

That's what breaks my heart. There are people with a real heart for serving God who have been misled into thinking it should be by leading a church, and end up being chewed up and spat out. There are churches where people aren't growing in their faith because they're being led by people who can't preach properly. And all because we confuse two different things – the calling to be a priest and the calling to lead a church.