The Puritans - Their Origins and Successors by D.M. Lloyd-Jones 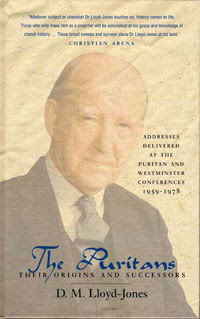 Lloyd-Jones roughly sees the Puritans as starting with Tyndale, reaching full flowering from Knox and ending in 1662. The key to Puritanism seems to be discontent with the C of E, and of course Lloyd-Jones pushes quite strongly that the logical consequence of Puritanism is leaving the C of E. I'd love to have seen him address why the energy of the movement and so much of the good they did just vanished within just a generation of them leaving in 1662.

Having said that, I really enjoyed this book. Lots of food for thought - lots to agree with, and lots of reasons to be all the more surprised that those who most love the Puritans today in the UK tend to be strongly opposed to some elements of Puritan theology which I quite like...

People who cannot see this subjective element in Calvinism seem to me never to have understood Calvinism. Calvinism of necessity leads to an emphasis upon the action and the activity of God the Holy Spirit. The whole emphasis is upon what God does to us: not what man does but what God does to us; not our hold of Him, but 'His strong grasp of us'. So Calvinism of necessity leads to experiences, and to great emphasis upon experience; and these men, and all these older Calvinists were constantly talking about 'visitations', how the Lord had appeared to them, how the Lord had spoken to them...
p.210