When Was Galatians Written?

Some Bible books just leave us guessing when they were written (e.g. James). Some give us enough information to say with a great deal of accuracy (e.g. 1 Thessalonians). Others give us enough information that we can narrow it down but not say for certain (e.g. Colossians). Only Galatians seems to give us so much that it becomes uncertain again! In fact, Galatians gives us so much information that it has led some people (e.g. my old tutor John Muddiman) to call into question the reliability of Acts and put together a different timescale altogether.

I'm pretty sure we don't need to do that. I'm pretty sure that the data from Galatians and Acts can all be true, and all fit together, but only if Galatians is Paul's earliest letter, written somewhere between Acts 15:1 and Acts 15:4. This articles explains why, and shows some of the ways that impacts how we read Galatians. [The title of “Paul's earliest letter” is usually given to 1 Thessalonians, written in Acts 18:5.]

The Council of Jerusalem

The big event connected with Galatians is the Council of Jerusalem, described in Acts 15:4-30. It's often thought that Paul writes about it in Galatians 2:1-10, which is one of the reasons for the confusion. If we read Galatians and Acts carefully, it's clear they are different events. It turns out to be most helpful if we track through Paul's visits to Jerusalem from the time of his conversion onwards. 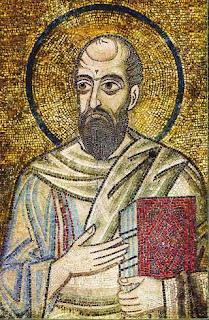 Paul's visits to Jerusalem in Acts

Paul's first visit to Jerusalem after his conversion is in Acts 9:26-30. He was a fairly new convert, having just escaped from a plot to kill him in Damascus. Barnabas trusted him and introduced him to the apostles. He left after another attempt on his life.

Paul's third visit is to the Council of Jerusalem in Acts 15. Some people from Judea had come to Antioch and were teaching that Christians needed to be circumcised. Paul and Barnabas were elders of the church in Antioch, but had also already planted churches across Turkey and Cyprus in what we'd now call Paul's First Missionary Journey. Because of the argument, Paul and Barnabas went to Jerusalem to sort it out. In Jerusalem Peter and James both spoke positively about the Gentile conversions and it was decided that they did not need to be circumcised, but that Gentile Christians in Antioch should abstain from meat sacrificed to idols, from eating blood and from sexual immorality. The apostles explicity distance themselves from the people who had been teaching the need to be circumcised (v24).

Paul's fourth visit to Jerusalem is in Acts 18:22 at the end of what is usually called his Second Missionary Journey. He seems to just drop in, having reached Caesarea by boat. We're not told anything that happened, except that he “greeted the church then left for Antioch.”

Paul's visits to Jerusalem in Galatians

In Galatians, there seems to be a conflict between the church in Antioch and Jerusalem, so Paul gives the history of his relations with Jerusalem. His first visit was three years after his conversion, where he went from Damascus to Jerusalem “to get acquainted with Peter” (Gal 1:18). Paul stayed for 15 days and only met Peter and James of the apostles.

Paul's second visit according to Galatians was 14 years later, accompanied by Barnabas and Titus. It was “in response to a revelation” (Gal 2:2). Paul had a private conversation with the leaders of the Jerusalem church, where he set before them the gospel he preached to the Gentiles. They did not require that Titus should be circumcised, and James, Peter and John agreed that he should carry on preaching to the Gentiles. The only requirement they put on him was that he should continue to remember the poor (Gal 2:10).

The situation which led to Paul writing Galatians also happened in Antioch. Peter came to visit (not recorded elsewhere). During Peter's visit, some people arrived from James, the leader of the church in Jerusalem. As a result of their arrival, Peter stopped eating with Gentiles, and the other Jews followed his example. Paul accused him of “forcing Gentiles to follow Jewish customs”. (Gal 2:14). From the rest of the book, it is clear that there was a problem with people requiring gentile Christians to be circumcised.

The traditional view is that Paul's third visit in Acts is the same as his second visit in Galatians. But that doesn't work. For one thing, Paul's argument in Galatians falls apart if he's missed out a trip to Jerusalem. For another, although both involve conversations in Jerusalem between Paul, Peter and James about Gentiles, the outcomes are different. In Galatians, Paul says he's only asked to remember the poor. In Acts, he's also asked to abstain from food sacrificed to idols. In Galatians, he describes himself as timid and fearful, in Acts he is clearly bold and angry. His conversation in Galatians is in private – in Acts it seems to be in public. It makes most sense to say these are talking about two different meetings.

But the traditional view also requires two arguments in Antioch between Paul and some people from Jerusalem about circumcision. The first one leads to the Council of Jerusalem, where it is all agreed. But then there needs to be another argument in the same place between the same people which sparks the writing of Galatians. Little wonder that this view has led some to ditch the reliability of Acts! 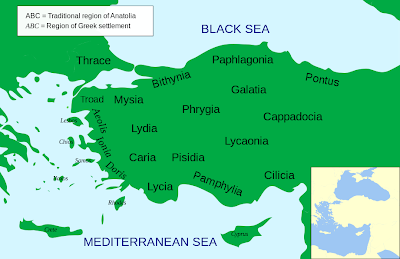 Who were the Galatians?

It's further complicated by the question of who the Galatians were. Ethnic Galatia is in north-central Turkey, which wasn't visited by Paul until much later, if at all. This confused Calvin (for example), who somehow managed to argue that the letter was written to churches that he didn't think had been founded yet. However, it's more recently been discovered that for 100 years or so (including the time when Paul was around) there was a larger Roman Province of Galatia which included the cities of Pisidian Antioch, Iconium, Lystra and Derbe, which Paul visited on his first missionary journey in Acts 13-14. These were later split back off into the province of Lycaonia.

So What Actually Happened?

Here's my attempt to say that Acts and Galatians are both right and put all the information together:

Paul's first visit to Jerusalem is described in Acts 9:26-30 and Galatians 1:18-24. It was three years after his conversion, and he wasn't well-known except as someone who had persecuted Christians. He came from Damascus, and Barnabas introduced him to Peter and James. Two weeks later he left, after an attempt on his life.

Paul's second visit to Jerusalem is in Acts 11 and Galatians 2:1-10. It was “in response to a revelation” (Gal 2:2), which was the prophecy of a famine from Agabus (Acts 11:28). This visit was for the purpose of giving aid to the church in Jerusalem. While Paul was there, he would naturally have a private conversation with the apostles about the fact that lots of Gentiles were becoming Christians in Antioch. They said that it was a good thing and only asked that they kept on remembering the poor, which is a natural thing to say after the Gentile Christians have just helped you get through a famine. The private conversation isn't recorded in Acts, but it makes sense that it would have happened.

Some time after that, Peter visited Antioch. After he came, there were some people who came from the church in Jerusalem, and claimed to speak for James (though didn't actually – hence his need to make that clear in Acts 15:24). They said that the Gentile Christians needed to be circumcised, otherwise Jewish Christians should stop eating with them. This might have been because Jewish Christians in Jerusalem were starting to be persecuted as “not really Jewish” because they ate with Gentiles. Their proposed solution – the Gentiles should be circumcised. Paul strongly objected to this and therefore wrote a letter (Galatians) to the other majority Gentile churches which he'd just planted warning them against the teaching. He then set off with Barnabas to Jerusalem to take the argument up with James, who the circumcision group claimed to be speaking for.

When they got there in Acts 15:4-30 (after Galatians had been written), they found that the circumcisers weren't actually speaking for James at all; James and Peter agreed with Paul that the Gentiles shouldn't be circumcised, and that Jewish and Gentile Christians should eat together, but suggested a compromise where the Gentile Christians should choose to limit their freedom by abstaining from eating food sacrificed to idols and blood.

That storyline seems to explain all the data well. It also explains other features of Galatians, such as why it seems to be much more argumentative than the discussion of the same issue in Romans, why it identifies the “circumcision group” with James, and why it doesn't have the teaching on the importance of limiting freedom for the sake of the consciences of Christian brothers and sisters which is so characteristic of how Paul handles difficult issues later on (1 Corinthians 8-10, Romans 14).