I spend quite a bit of my life digging into details of the text of the Bible. I love doing it, but I didn't love studying large parts of the OT at university, and I don't like the way it's often taught today. The main reason comes down to two words: source criticism. 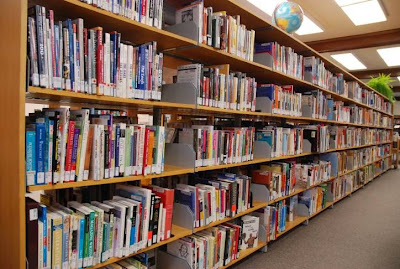 Source criticism is about trying to understand the history of a text. A source critic might read Lord of the Rings, for example, and try to work out how the text came to take the form it did. It's much easier if you've got copies of earlier versions, or of the author's working. We don't have those in the case of the Bible, though.

Source criticism can be a useful tool to have when studying the Old Testament. There are a few places where it produces helpful insights. For example, Psalm 89 seems to have been a Psalm about God's goodness in creation, to which someone has added a bit in a different style about God's goodness in making promises to David, to which someone else has added in another style a complaint that God isn't keeping those promises and prayer that he would. Or Amos 4 & 5 seem to be a speech Amos gives in the (Northern) temple, interspersed with some verses of a hymn that's being sung, creating an effect a bit like Simon & Garfunkel singing Silent Night over the evening news. Seeing those aspects of a passage actually help us to understand the meaning of the passage better.

Where Source Criticism gets annoying is when scholars treat it like the main tool they should be using to understand a passage. This is especially true in the Pentateuch, and especially with a theory called the Documentary Hypothesis (JEDP). In that theory, Genesis - Deuteronomy somehow contain the full text of four older documents, called J, E, D and P, and probably the majority of non-evangelical Pentateuch scholars seem to spend most of their time (and most of the space in commentaries) arguing about precisely which bit comes from which source. The result is rather as you'd expect if you read a novel with your main concern being trying to work out how the author had drafted it - you completely miss the point.

C.S. Lewis, who was both an author and an expert on old texts, writes this on Biblical source criticism:

This then is my first bleat. These men ask me to believe they can read between the lines of the old texts; the evidence is their obvious inability to read (in any sense worth discussing) the lines themselves. They claim to see fern-seed and can't see an elephant ten yards away in broad daylight.

My impression is that in the whole of my experience, not one of these guesses [of reviews where others try to reconstruct how he wrote things] has on any point been right; that the method shows a record of one hundred per cent failure. You would expect by mere chance they would hit as often as they miss. But it is my impression that they do no such thing. I can't remember a single hit.

They assume that you wrote a story as they would try to write a story; the fact that they would so try explains why they have not produced any stories.

(from Fern Seed and Elephants)

Let's backtrack for a moment. The main reason that the JEDP hypothesis came about in the first place was because the Pentateuch really doesn't read like history as written by a modern westerner. Here's an example:

4 Then the Lord said to Moses, ‘I will rain down bread from heaven for you. The people are to go out each day and gather enough for that day. In this way I will test them and see whether they will follow my instructions. 5 On the sixth day they are to prepare what they bring in, and that is to be twice as much as they gather on the other days.’

9 Then Moses told Aaron, ‘Say to the entire Israelite community, “Come before the Lord, for he has heard your grumbling.”’

10 While Aaron was speaking to the whole Israelite community, they looked towards the desert, and there was the glory of the Lord appearing in the cloud.

11 The Lord said to Moses, 12 ‘I have heard the grumbling of the Israelites. Tell them, “At twilight you will eat meat, and in the morning you will be filled with bread. Then you will know that I am the Lord your God.”’

Take the Psalms, for example. The basic literary technique in Psalms is that you say something, then you say it again using slightly different words - sometimes giving a little more information, sometimes not.

Come, let us sing for joy to the Lord;
let us shout aloud to the Rock of our salvation.
2 Let us come before him with thanksgiving
and extol him with music and song.

3 For the Lord is the great God,
the great King above all gods.
4 In his hand are the depths of the earth,
and the mountain peaks belong to him.
5 The sea is his, for he made it,
and his hands formed the dry land.

No-one in their right mind would suggest that "the Lord is the great God" must have been written by a different person from "the great King above all gods". That's how Hebrew poetry works. So we shouldn't be surprised if Hebrew prose shows some of the same structures. There's often repetition; there's often clarification. It may well be linked to the fact it was originally written in a non-literate culture, so was written to be remembered easily.

But they don't just repeat randomly; there are all kinds of interesting structures in Hebrew prose. One of the most common is the chiasm, where the passage repeats itself in a mirror image around a central verse. Exodus 16 is one of those: 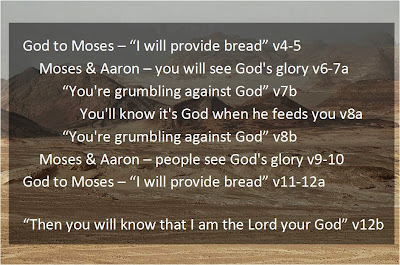 The whole section is exposing the fact that the Israelites are doubting that God is with them. The passage points to the fact that God will show his presence among them by providing them food. It's a carefully constructed work of literary art rather than a badly meshed together group of extracts from sources.