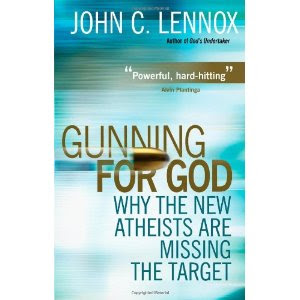 John Lennox spends a lot of time thinking about and working on these questions, and it really comes across. He understands the arguments in detail, how they fit into the wider context of Western history and philosophy and so on. He's got the depth of knowledge and reading that a non-expert just couldn't develop without a lot of work.

I don't necessarily agree with him on everything though. For example, when discussing morality, he points out that atheists do not have a consistent basis for absolute morality, and hence they cannot claim that Christianity is immoral. However, I don't think that's quite true. It is still possible to claim that Christianity is internally inconsistent by judging it by its own morality even if one struggles with the problem of morality oneself. The counter to that argument is partly to demonstrate the internal consistency of the Christian worldview and partly to point out that there isn't any consistent alternative morality proposed, but I don't think the argument is quite as strong as Lennox tries to make it. That aside, it's still a very good handling of a difficult question.

Lennox isn't just reactive though - he spends a while thinking about related questions such as "Is Atheism Poisonous?" and "Did Jesus Really Rise from the Dead?" I've read quite a few books dealing with the arguments for and against God, and this is one of the best. I'd recommend it to anyone wanting to understand the area in more detail, whether they are a committed Christian looking to explain their faith more clearly or a non-Christian wanting to find out the truth.

And wonderfully cheap on Kindle! I bought a copy for the grand sum of £0.99!